Today we had a Poetry day! We explored different poems and their patterns. The main poem we focused on was called Fee Fi Fo Hum and is based on the Giant from Jack and Beanstalk. This poem had an ABA pattern which means that the first line rhymes with the last line.

At the end of the day we had a go at performing our poems using a Giants voice! We had a great day. 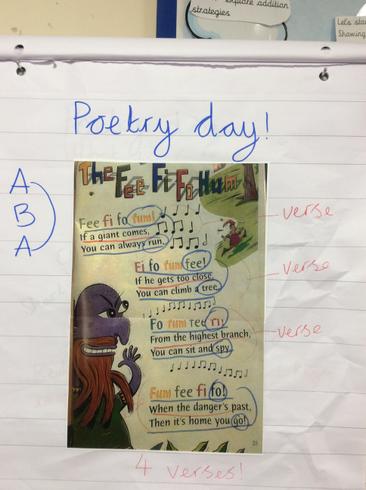 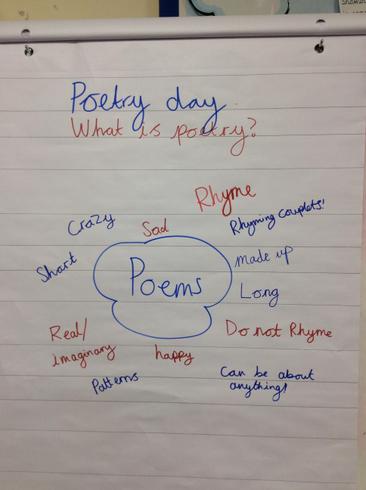 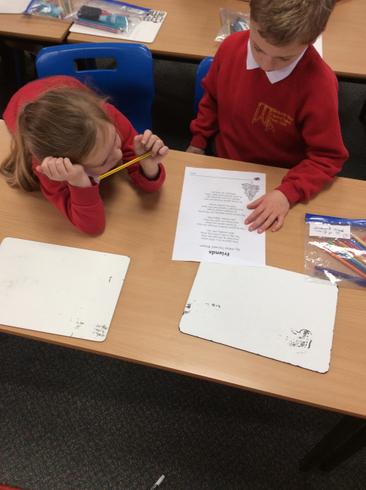 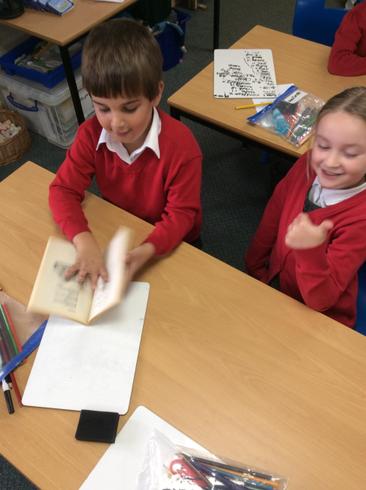 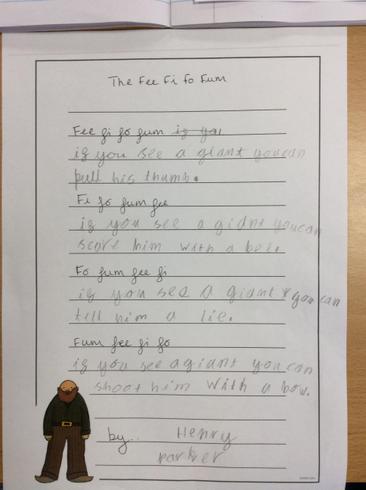 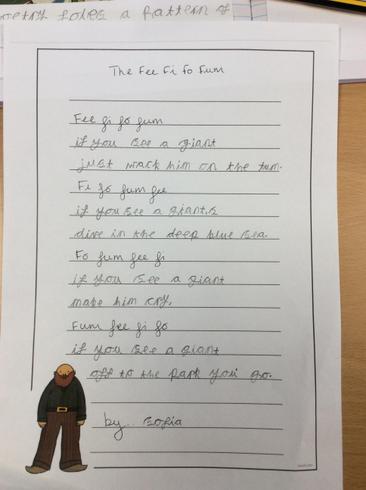 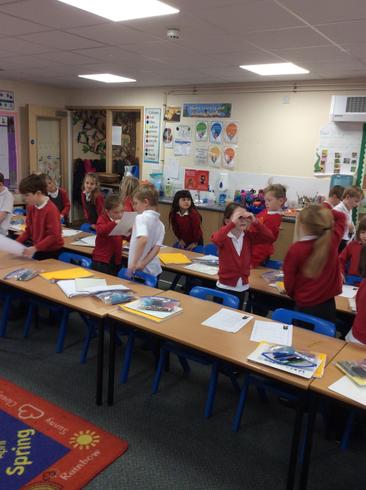 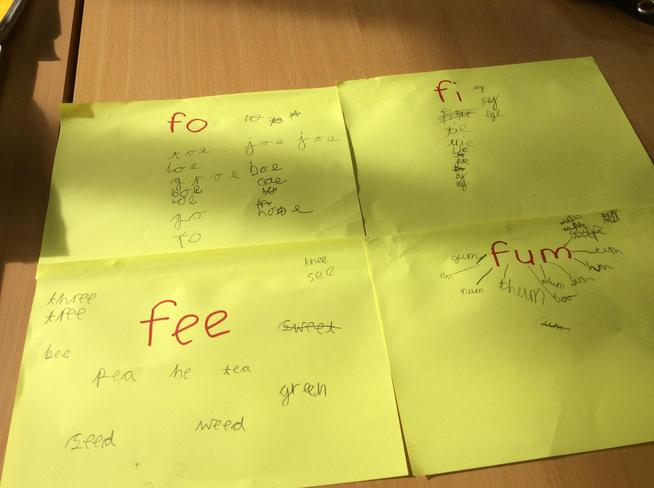 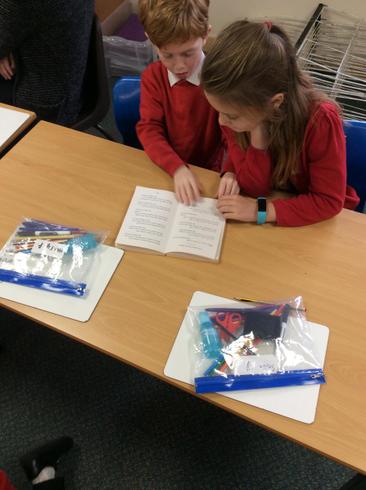 Today we had the exciting task of using marshmallows and spaghetti to make 3d shapes. We started off by thinking about what an edge looks like on a 3d shape and how we could replicate this. Below are some pictures of the 3d shapes we made. We used the marshmallows as vertices and the spaghetti as edges. 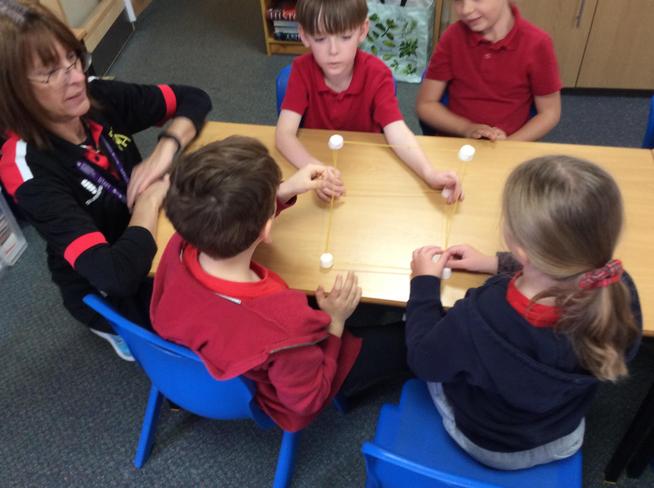 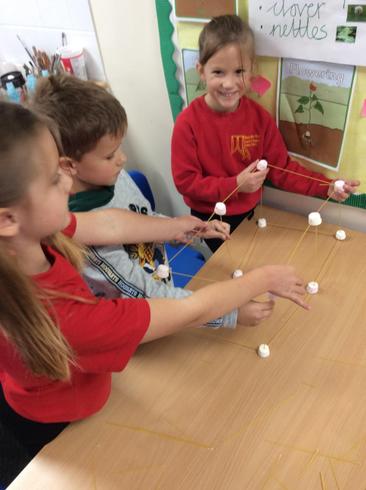 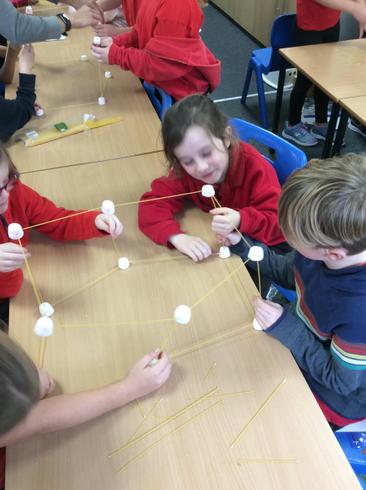 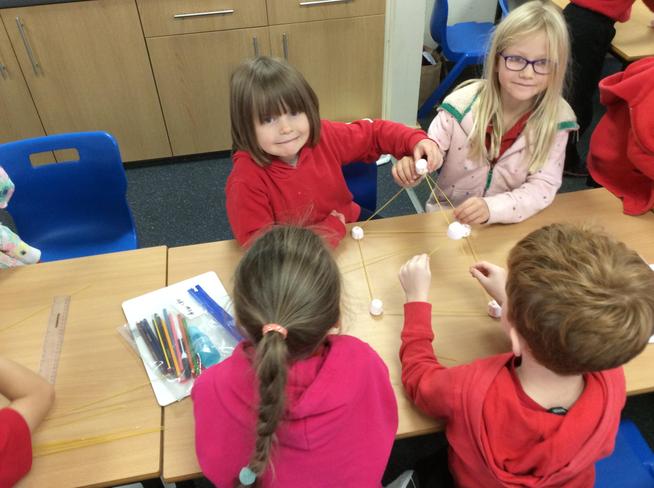 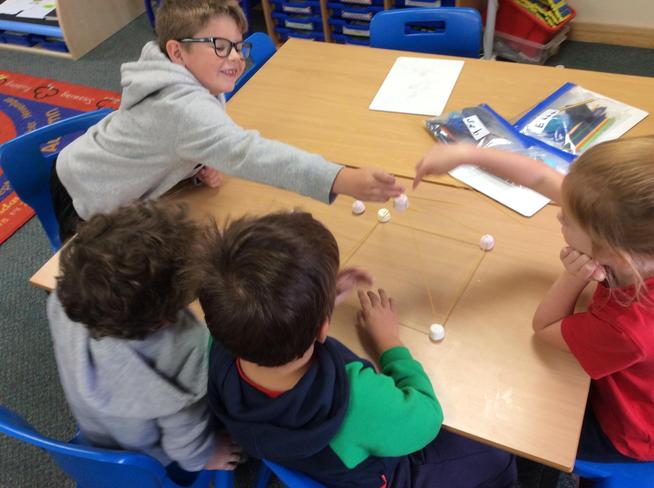 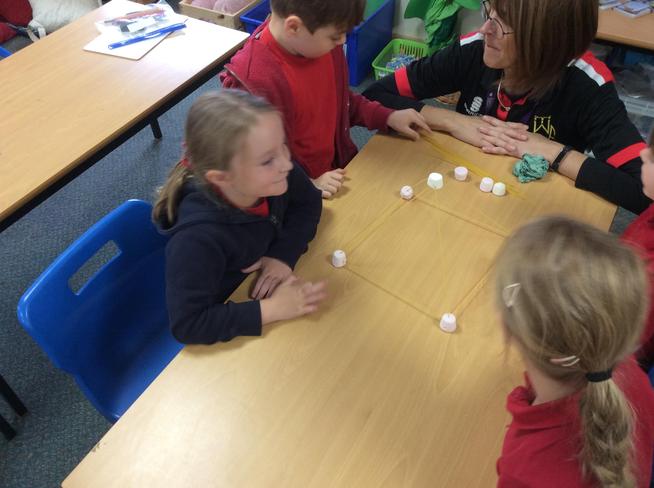 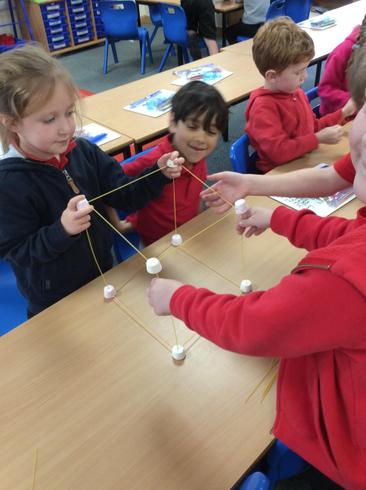 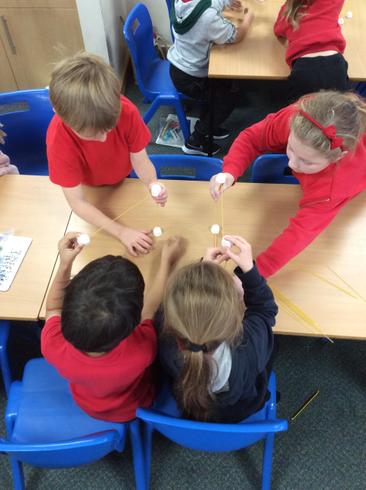 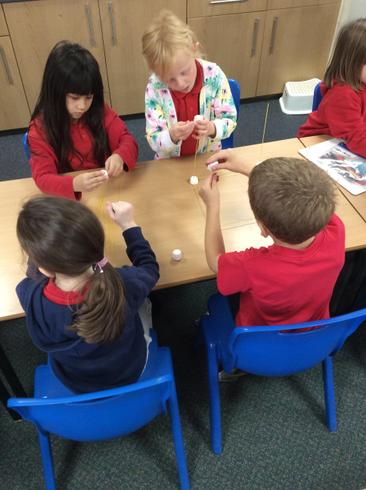 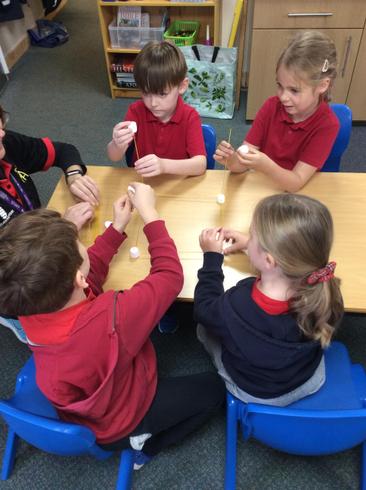